Posted on October 1, 2018 by Asher Leukhardt Leave a comment 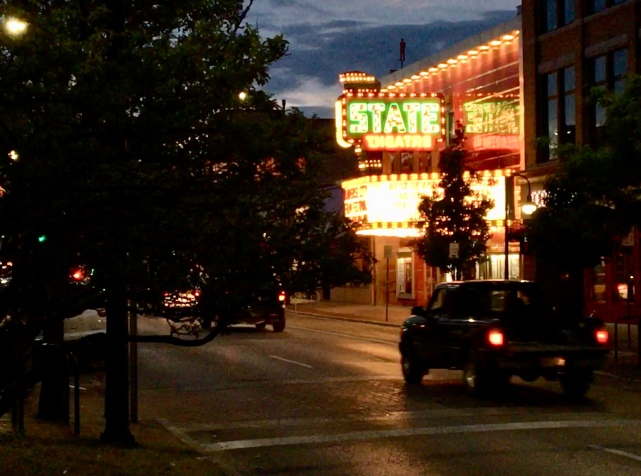 As the leaves change and autumn pushes summer out of power, the films within our theaters change too. While B-rate horror movies reside in the early new year, and game-changing blockbusters control the summer, the fall is a mixed bag of Oscar-hopefuls, late big budget studio releases and quiet indies, and that doesn’t make this class of film any less exciting to anticipate. These five films are what you should be looking out for.

The first film on the list is Halloween. Directed by David Gordon Green (who crafted not only a personal favorite but a true Saturday night post-party classic Pineapple Express), Halloween picks up 40 years after the original film from 1978, finding Laurie Strode (Jamie Lee Curtis) broken and scarred from her previous encounter with movie big bad and prime resident of your slasher nightmares, Michael Myers. The film looks to wipe the slate of the Halloween movie franchise, leaving only the original canon. While controversial, this move is a welcome one, as the only truly scary thing about Halloween 5: The Return of Michael Myers was how terrifyingly bad Halloween 5: The Return of Michael Myers was. With Danny McBride (Eastbound and Down) and frequent collaborator, Jeff Feadley, penning the script, look for this reboot to give you the right kind of scares this Halloween season when it releases on October 19th.

Next, we have The Old Man and the Gun. The film industry is in constant debt of Hollywood frontman Robert Redford. Not only a leading man, but the godfather of modern indie, Redford seems to be making this feature his final go. Yes, this being the Sundance Kid’s final role makes the film automatically noteworthy, but the talent behind the film truly opens eyes. Casey Affleck is coming fresh off his 2017 Academy Award win, and Wes Anderson-favorite Danny Glover is always a delight. The film recounts the end of a crime filled career criminal for the aged troublemaker, Forrest Tucker, who, at this stage of life, is “not talking about not just making a living, but talking about living.” Yes, the parallels between Redford and Forrest are striking and obvious, but I feel that adds to the narrative. The actor and the role are seemingly becoming one, whether Redford intended for it or not. Written and directed by indie favorite David Lowery, The Old Man and the Gun is looking like a fitting ending for an illustrious career, not only for Robert Redford, but for Forrest, too. The Old Man with the Gun was released on Friday, September 28th. 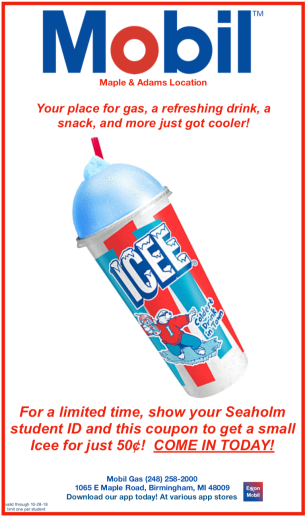 For an often jested and underappreciated tale of heroism and action, look for this one to make noise during awards-season. Yes, he talks to fish. Yes, he wears bright orange scales. No, he’s not a joke. Aquaman is a hero, a Justice Leaguer and conflicted king from the war-torn underwater kingdom of Atlantis. For years, Aquaman has been a joke to the larger pop-culture community, being parodied to extreme heights from the likes of Saturday Night Live and Family Guy. Now, director James Wan and screenwriter/comic book guru Geoff Johns are here to set the record straight: Aquaman. Is. Cool. With the titular character being portrayed by Jason Momoa, this film follows the events of the hot mess that was Justice League as we watch Aquaman’s quest for the throne of Atlantis, as he battles arch-rival Black Manta and his own Loki-like half brother, Orm. With stunning visuals, a competent writing team and a fresh direction, Aquaman is priming to make a big splash this Christmas season.

Now we have Bad Times at the El Royale. An eerie-mystery set in the 1970’s West Coast? Count me in. Written and directed by former Daredevil showrunner Drew Goddard? Count me double-in. Following an all-star cast filled with the likes of Jeff “The Dude” Bridges, Jon “Future Batman” Hamm and Chris “God of Thunder” Hemsworth, Bad Times seems to pit a hotel of patrons against the might of a small cult. The last time Goddard wrote/directed a mystery, we received the satirically brilliant Cabin in the Woods. He’s as proven a storyteller as anyone in the industry, so expect a pulse-pounding, surprising fall mystery to (possibly) chill your bones. Find it in theaters October 12th.

Rounding out the list is the king of Cannes Film Festival, A Star Is Born. This film will serve as the directorial debut of Bradley Cooper, in a movie in which he also stars. The highlight of its ad campaign seems to be the ever-talented Lady Gaga, as she plays an up-and-coming singer that comes into contact with Cooper’s character, which changes everything. A remake of the 1937 original picture, this film seems to put the themes of dedication to self and dedication to loved ones into a direct clash, with only one coming out as a victor. Already a favorite among Oscar voters, this is a can’t-miss comes October 5th. Comedy favorite Dave Chappelle also stars.

Well there you have it: five new films to see this fall. Catch you next time in Comsa’s Corner for more entertainment news.

This is senior Jack Comsa’s first contribution to The Highlander, which is to be followed by several more articles in his column, “Comsa’s Corner,” appearing in our printed issues throughout the remainder of the 2018-2019 school year.