If you haven’t heard of Animal Crossing, you probably have been strictly looking at the media about COVID-19. Let me do you a favor and introduce to you the virtual escape that everyone is currently obsessed with. Nintendo released the latest addition to the Animal Crossing franchise on March 20th of 2020, and for the past month and a half or so, the internet has been going absolutely insane over this game. It costs $60 and is only available for the Nintendo Switch gaming system. I myself have already spent nearly 200 hours playing this game.

Let’s get some background for those of you who have never heard of Animal Crossing. In 2001, Nintendo released the first Animal Crossing game called Animal Forest for the Nintendo 64 gaming device. The game lets you escape to your own virtual town/island with fishing, bug catching, gardening, home decor, fossil hunting, and much more.

To sum it up fast, you move into your town/island and into a house built by Tom Nook. Some games are centered around you going to work in Tom’s shop to pay off your fees for moving, in others, you do it solely by gathering resources and selling them to either Tom Nook, or his nephews Timmy and Tommy. In a couple of the games you are the mayor, and with your assistant, Isabelle, it’s your responsibility to take care of the town and keep the residents happy.

You also have options to decorate your home and expand, fill up the museum with bugs, fish, art, and fossils, and you can invite your friends to see your progress. It runs in real-time unless you time-travel (which involves changing your system’s internal clock to get ahead and has its own pros and cons) and there are hundreds of non-player characters that can move in and out of your town/island. But overall, the common theme in the past games has been to pay off your home loan to the raccoon shop owner Tom Nook, but New Horizons has changed into much more than that.

New Horizons is centered around the idea of developing and customizing your island into the ultimate tourist destination. Lots of the non-player characters have transferred over from past games to give you nostalgic joy and capture the hearts of new players. But there are also features entirely new to the Animal Crossing franchise such as goals, crafting, island evaluations, terraforming, mystery deserted islands, and the option to put any objects outside of your home.

Multiplayer is optional but heavily encouraged in the new game, considering there are different variations of items on each island.

And with social distancing, this game is the perfect solution to not being able to see your friends in person.

Animal Crossing always has been and will be my favorite video game of all time. I actually use it as a coping mechanism for when I’m stressed or just need to relax and be out of my head for a while. That’s most likely the reason this game has gained popularity so quickly. With the pandemic going on people across the world have come together making entire servers dedicated to trading, visiting, and helping other people develop islands. It’s an exciting community and a great place to make internet friends. The multiplayer aspect is insanely fun, but still quite glitchy. Decorating your island into something you can really be proud of and showing it to your friends is super fun, and with Dodo codes, it’s now quicker than ever to go to another island.

While this game isn’t perfect yet, I would definitely recommend this game to anyone who likes non-competitive video games, needs an escape from everyday life, and is looking for a multiplayer game to keep in touch with friends. 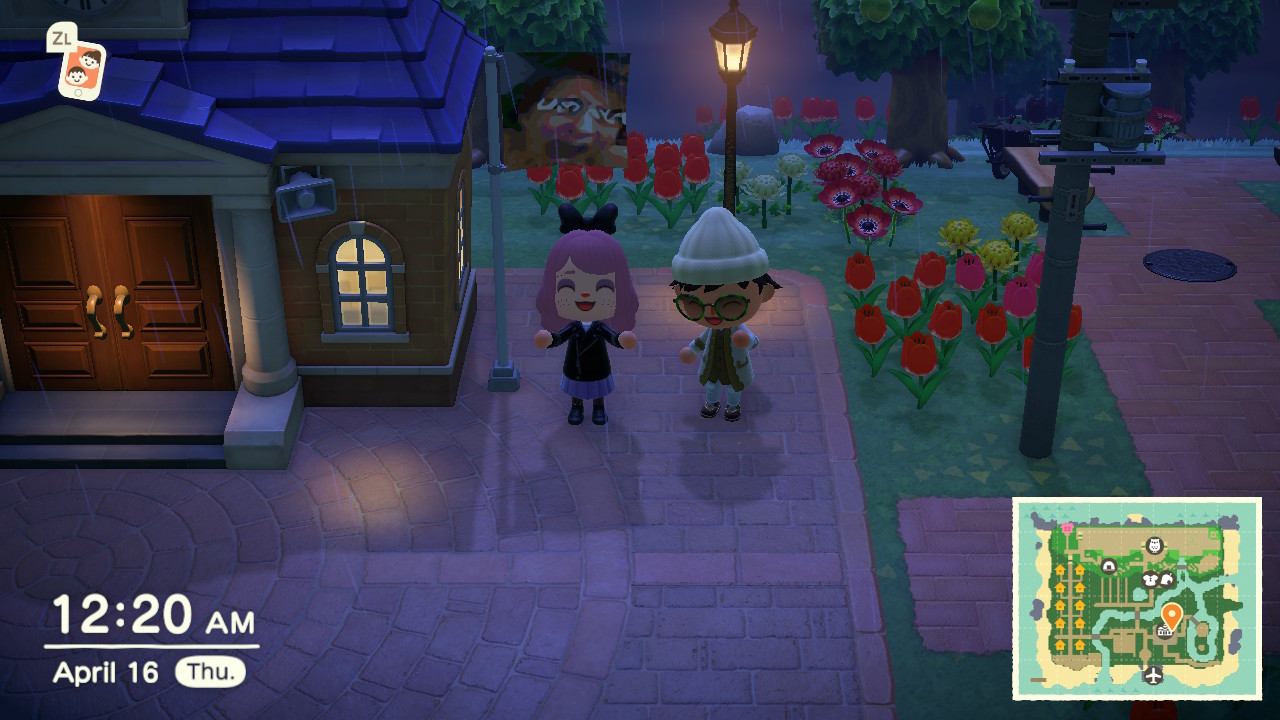