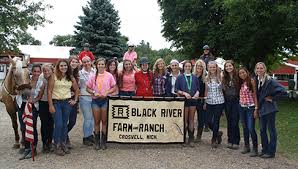 Summer camps across America are debating whether or not they should open up to the public for the summer of 2020. Some camps say the social distancing guidelines are impossible to follow, while others have hope that they will be lifted before summer starts.

“Camps across the US are regulated by the ACA, therefore they get the first say in how camps will be operating this summer. Then, the governor from each state takes that guideline and makes a decision,” said Cathy Seal, a senior staff member and part time manager at Black River Farm and Ranch.

According to the ACA, “ The Centers for Disease Control (CDC) is planning on releasing a guide for each state with information on summer camp. The State Boards of Health will release rules and guidance on running overnight camps.” With an increase in cases as time goes on, it is hard to make any set decisions on the opening of summer camps.

Devin O’Connor, a 10 year camper and a second year counselor also spoke out about the possibility of Black River being closed for the summer. O’Connor said,“Camp is already talking about closing down for June, and I was supposed to work in June. I know they will do their best to accommodate us, but I also know I will be working a shorter amount of time, if I am lucky enough to work at all.”

“We aren’t sure what the numbers at camp will look like yet so we are making contingency plans to host weekends at camp with smaller numbers.  We are trying to make everyone happy and be able to have everyone at camp. We appreciate you all holding tight while we figure out all these wild details in the crazy times we live in,” from a statement from Black River to families and campers.

“I am hoping that we are able to run camp as normal, but with the state of emergency and stay at home orders being extended longer, it seems like we are at the very least going to have to decrease our numbers during our sessions,” said Seal.